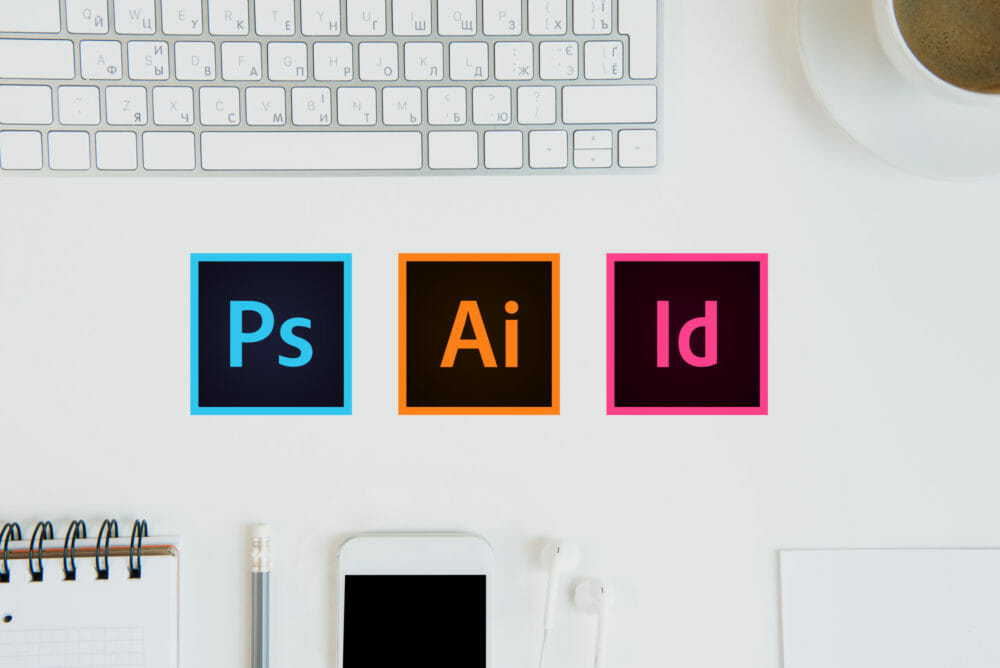 Maybe you’re a novice designer, or just a curious mind. Either way, you may be wondering what the Adobe apps are and how they should be used.

In this post, we are just going to focus on what I deem as the three most important Adobe apps to a graphic designer: Photoshop, Illustrator and InDesign.

Each have their strengths and weaknesses, thus making one better to use than another depending on your project.

Adobe Photoshop was primarily made for photo editing, as you can probably tell by its name. Many, if not most, photographers use it to manipulate photos however they wish.

With photo editing in Photoshop, the possibilities are nearly endless. From simple actions like adjusting contrast, or the brightness and exposure, to even more complex ones like changing your eye color and removing wrinkles.

It’s pretty amazing what you can do once you learn the various tools.

But even more complex than that, Photoshop provides the ability to paint artwork, remove and replace objects (without even noticing), and also place objects on a angled perspective.

When it comes down to it, Photoshop should mainly be used for photo editing and manipulating. Whether the end result is for print or web purposes, Photoshop can handle both.

What does vector mean, you might ask? This basically means that your designs created in Illustrator can be scaled down to teeny tiny size, and then blown up to fit a billboard and never lose it’s quality and clarity.

Now, with the power of Illustrator, you should focus on using this app for logo designs and one page documents. But you’re not just limited to those. Smaller illustrations, like icons, are also easily produced, as well as large illustrations for billboards or banners.

We commonly use Illustrator when designing custom signage. Because of the ability to scale the designs without losing quality, you can create the design at half the dimensions and then the printer can blow it up to the correct sizing. This saves you from having huge files that take up too much disk space.

Just like Photoshop, Illustrator has the ability to create graphics for both print and web.

Adobe InDesign is a desktop publishing app. Think of it as Microsoft Word on steroids.

If you are working with booklets, brochures, magazines, or anything with large amounts of text, InDesign is your go-to.

Even though Illustrator has the ability to lay out text, nothing compares to the ease and capabilities of InDesign.

Some simple features include easily placing text (and images, too), adding numbers to pages, and handling bleeds for printing. In addition to these, some more in-depth features include creating interactive documents (like the LA Corps Annual Report we designed), making custom die cuts, and layering graphics and images.

Although InDesign is heavily used for print, it also has the ability to create for web.

Which one is best?

There is no deciding which app is best, because they all have their specific uses. Depending on your field of work, you will probably end up favoring one over the others.

Personally, we use all three regularly and without them, it sure would be hard to bring our ideas to life. Once you’ve learned them all, these apps can work together seamlessly to create designs that will impress anyone.

Because choosing us is always the wright thing to do
—